You are here: Home / A History of Logansville Church 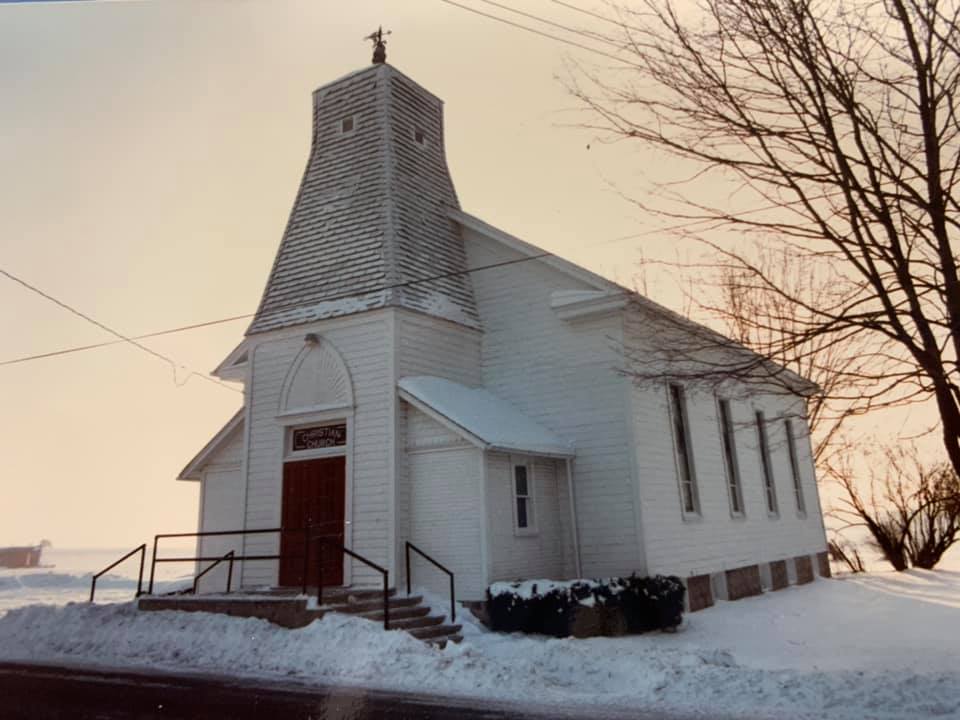 The ministry of Logansville Community Church has been family oriented, with programs and activities for all ages. This included not only the church services, but also the dinners, Bible studies, choir, Old Fashioned Logansville Day (complete with hog roast), and a whole new way to celebrate New Year's Eve.
Another outreach has been the monthly men's breakfast. The men of the church prepare the food—for the most part. Usually 10-12 men come together for a time of fellowship, devotions, and prayer. Some of the younger fathers also bring their sons. God is faithful in building strong relationships between fathers and sons.
Every Sunday morning, the Sunday School superintendent makes sure the church bell is rung. The clear, fresh sound of the bell is a reminder of God's faithfulness in West Central Ohio.
During the spring and summer of 1999 members of the church had been busy painting the old church, replacing the front doors with a single door, washing the stained glass windows, inside and out, painting the weather vane on top of the church, and many other tasks.
Did the members have time for worship? They surely did! Regular services were being held, including Sunday School and Worship Service on Sunday mornings. Also, during the school months, "Awana" and "Word of Life" programs are provided for the children and teenagers. Awana had an average of 100 to 105 children and an average of 20 helpers. The children come on Wednesday evenings to learn more of the bible. In the fall of 1999, Awana will soon be starting for the 11th year.
On August 8, 1999, members, friends, and neighbors were together to celebrate the 175th anniversary. As was stated in the newspaper by Gerald Baker, "The Lord has faithfully blessed us with a rich historical past and now he is preparing us for the future."
The church again dwindled in size in 2000, but was stable in its worship services and outreach ministries. This was followed by ten years of little growth and several pastors.
In January, 2012, Dana Kidder came from New Hampshire to fill the pulpit. Once again, Logansville has a minister who is enthusiastic about the Lord and the members of the congregation. Attendance is slowly building and there is new spiritual growth.
We are looking forward to the future once again.

Manifestation of the Spirit

For The Common Good